Before her retirement, my wife, Marilyn Northagen, was an in-house designer for
the world’s largest International Property Management Company. They would
assume management for condos and apartment buildings both old and new. Her
job was to prepare the design; source the materials and implement the
renovation, usually within a sort time and a very tight budget to allow them to rent
quickly. 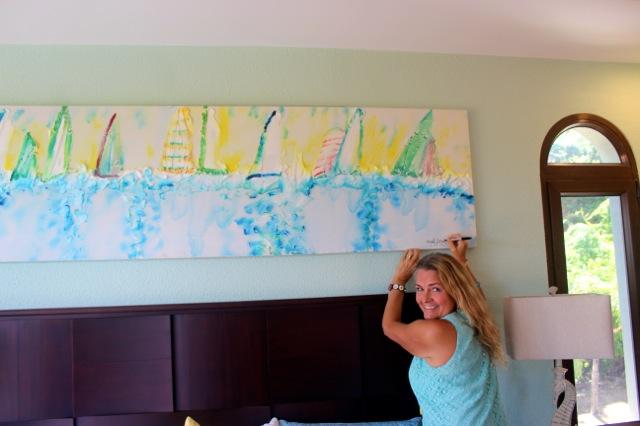 And Roy and Linda walking their painting home, too large to fit in their truck. 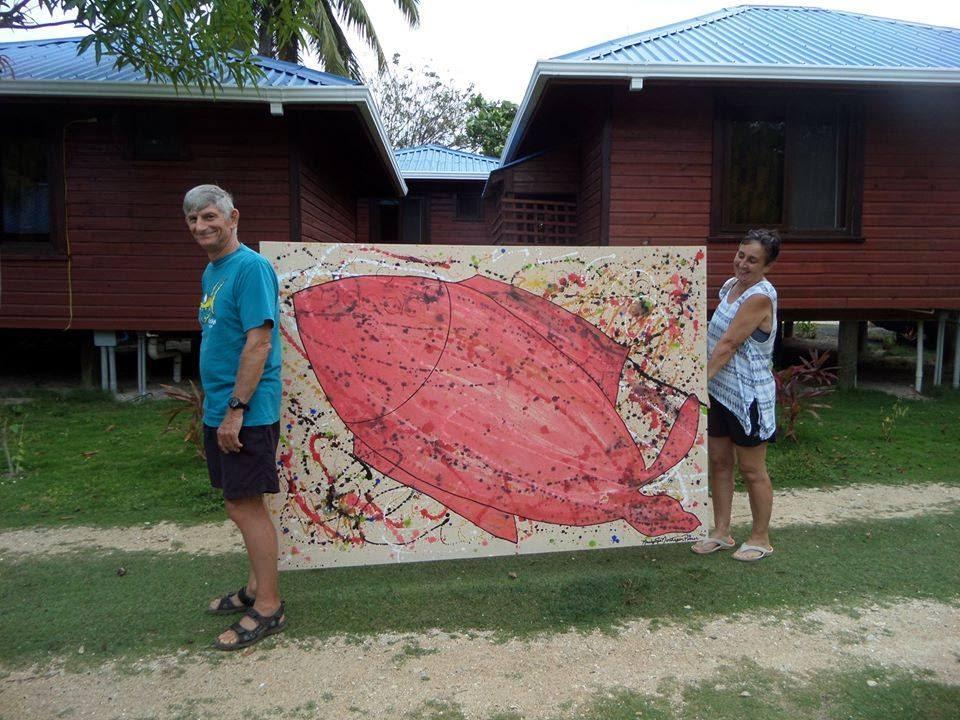 Here on Roatan she has participated in several complete home projects. This
one started as an almost teardown. She did the design, sourced the furniture,
created all the original artwork, supervised the project and look at it now!

When we show properties Marilyn often comes with us sharing her vision and
offering free advice.

Welcome travelers, welcome all, to the Caribbean’s best kept secret, soon to be discovered by you on your first or next visit to the closest thing to Eden. The pristine beaches; the magnificent hilltop views; and the lush tropical forests of Roatan, Bay Islands.

Roatan is the largest (spanning almost 50 square miles in just over 35 miles in length) and most developed of a chain of islands that make up the Islas de la Bahia (Bay Islands) about 40 miles northeast of mainland Honduras, Central America. Roatan is surrounded by a portion of the world’s second largest barrier reef, The Great Western Barrier Reef. (Second only in size to the Great Barrier Reef of Australia). Years a mecca for remote avid scuba divers, in 1991 the Honduran National Government passed a law allowing foreign ownership. When the word passed of this change in the law some of the divers and speculators purchased land here and the development started.

The friendly, mostly English speaking population is a blend of British, Spanish, Paya Indian and African cultures. British and Spanish settlers invaded the Paya as their countries fought over possession of Roatan in the 16th Century. Over 5,000 pirates, including Henry Morgan, then occupied much of Roatan. Slaves dropped off by the British called Maroons, or Garifuna, form a part of a present day ethnic group on the island along with the pirate descendants, Spanish, English and ex-patriots from all over the globe. Do you have questions about living here?

This will close in 0 seconds